The New Zealand Defence Force (NZDF) is a combat-capable force, trained, equipped and ready to respond every hour of the day, every day of the year.

The NZDF is a modern and professional military. It is ready and able to protect New Zealand and its interests at home and abroad across diverse geographic and operating environments. It contributes to peace and provides security so that the nation can prosper, and so that New Zealanders are free to go about their daily lives.

New Zealand has a proud history of contributing to international conflict resolution. The NZDF regularly works alongside international partners on operations and exercises throughout the world where interoperability is a key requirement.

Conducting military operations is the NZDF’s core task. The NZDF generates, maintains, delivers, and sustains military capability to the Government, to achieve its defence and national security policy objectives. The NZDF’s highest priority is the preparation and readiness of effective armed forces.

The NZDF has the technical skills, professional training, versatility, and high-end military equipment to perform a range of security, stability, support, and humanitarian tasks. The Defence Force is also a key part of New Zealand’s broader security system. It partners with many government agencies to protect resources, enforce the control of protected areas, enable freedom of movement, build experience and capacity, and provide life-saving support services within New Zealand, the Pacific, the Southern Ocean, and further abroad.

New Zealand’s geographic location carries unique challenges. It is an island state with significant maritime responsibilities, which require specialist military equipment and personnel skills, knowledge, and experience. New Zealand’s search and rescue area, as well as its exclusive economic zone, are amongst the largest in the world. Many of the operations to support regional and global security are expeditionary, and must be supported over long distances for extended periods.

New Zealand is also far removed from most of its trading partners – as such it relies on the free and open movement of global trade, robust border controls, and related defence and security measures. 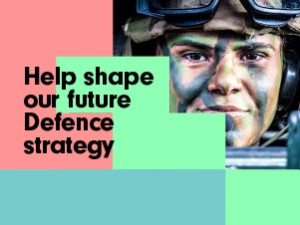 This online survey (external link) should take less than 10 minutes to complete.

The principal roles of the NZDF are enduring and also calibrated to the Government’s priorities and New Zealand’s strategic environment. 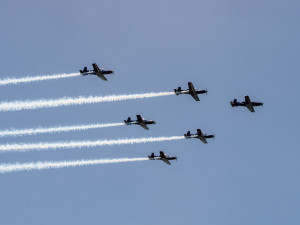 The Defence Force has a rich history of overseas deployments in support of New Zealand’s interests and international peace and security. This has included separate operational and non-operational missions since 1990.