The countdown is on for the arrival of the first of four P-8A Poseidon’s in December. Track the progress the team at the Ministry of Defence is making on this significant investment in strengthening Aotearoa’s maritime surveillance capability.

Official keeling ceremony(external link) takes place in Wichita Kansas, US ahead of the fuselages making their way to the Boeing factory.

Watch(external link) as the first fuselage rolls into the 737 Factory in the US.

The first of the P-8As rolls out of the paint factory – check out the new look featuring the Kiwi roundel.

Watch as the first of four P-8As is airborne for the first time as it completes a test flight ahead of its systems fitout. The flight was caught on camera by our colleagues at Boeing.

First aircraft will arrive in Aotearoa with the remaining three delivered to the Ministry of Defence by April 2023.

About the P-8A Poseidon 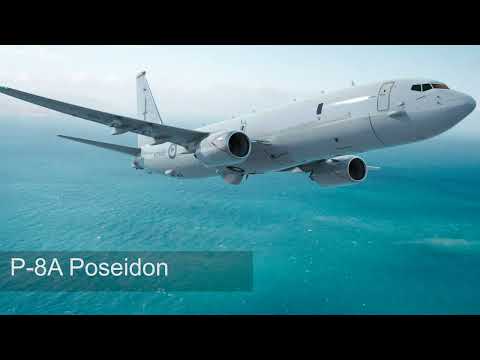 Four P-8A Poseidons are currently under construction for New Zealand, and the project is on schedule to replace the P-3K2 Orion fleet from 2023. Like the Orions, the Poseidon aircraft will deliver support to New Zealand’s peace and security operations, maritime surveillance, resource protection, humanitarian and disaster responses, here in New Zealand, the Pacific, and further abroad.

The P-8A Poseidon is a multi-mission aircraft that was developed to replace the P-3C Orion for long-range maritime patrol in the United States Navy. It has also been selected by Australia, the United Kingdom and Norway and a variant is used by India. The P-8A has been designed and purpose built to patrol maritime environments and monitor vessels on and below the surface.

The P-8A is a military aircraft based on the commercial Boeing 737-800 fuselage. However, it has been substantially modified to include a weapons bay, hard points, increased electrical generation capacity, Boeing 737-900 wings and structural strengthening for military operations. The aircraft is produced by Boeing Defense, Space and Security in Seattle.

The P-8A has modern surveillance sensors, electronic support measures, self-protection systems and a communications suite of radios, data links and satellite communication. A fuel capacity of almost 34 tonnes, gives the P-8A the ability to remain on station 2,000 kilometres from base.