Home / Who we are

We have a Secretary of Defence who is also the Chief Executive of the Ministry of Defence, and our senior leadership team includes four deputy secretaries. Andrew Bridgman became the Secretary of Defence and Chief Executive of the Ministry of Defence on 1 July 2019.

Before becoming Secretary of Defence, Andrew was the Chief Executive and Secretary for Justice, commencing that role in August 2011.

Andrew was previously the Deputy Chief Executive, Ministry of Health from 2007, and from August 2010 to January 2011 was the Acting Chief Executive and Director-General of Health

Prior to joining the Ministry of Health, Andrew was Deputy Secretary, Policy and Legal Group, Ministry of Justice. Andrew began his career in the Public Service in 1991 as a Senior Solicitor in the Ministry of Māori Development. He has a Bachelor of Laws Degree from Victoria University of Wellington and worked as a Solicitor in Rudd Watt and Stone (now Minter Ellison).

Andrew has led substantial change management programmes in large, complex departments and has been responsible for developing justice policy and advice to Ministers on matters relating to criminal justice and crime prevention, constitutional law, human rights and public and commercial law.

Read about Our story Sarah Minson has over 20 years experience in the mangement of large projects and programmes. Sarah joined the Ministry of Defence in 2018 and spent three years leading the combat systems upgrade programme for New Zealand’s two ANZAC class frigates. She then took on the role of Director Air Domain with responsibility for several large capability projects including the purchase and introduction into service of the P-8A Posiedons and the C130J Hercules fleets.

Prior to joining the Ministry of Defence, Sarah spent 13 years working for Statistics NZ - New Zealand’s national statistical office. The majority of this time was on the 5 yearly Population Census. Sarah has significant experience leading software and data related programmes. For ten years prior to joining the Ministry Melissa was self-employed as a change management and HR specialist in both consultancy and contracting roles. She has worked on the largest restructure in the public sector, has consulted in the not for profit and private sectors, and has run a small business.

She has considerable experience providing advice and support to Chief Executives and senior management teams across numerous public sector organisations such as the Ministry of Business, Innovation and Employment, the Ministry for Primary Industries, Statistics New Zealand, Department of Internal Affairs, the Ministry of Foreign Affairs and Trade, and Capital & Coast and Hutt Valley DHBs.

Previously Mike served as Chief of Air Force, Royal New Zealand Air Force, holding the rank of Air Vice-Marshal. He has held many senior roles within the New Zealand Defence Force (NZDF) including Air Component Commander Joint Force NZ and Chief of Staff Headquarters NZDF.  As Assistant Chief of Air Force – Capability he led the RNZAF Capability Directorate dealing with both major and minor capital programmes including introduction into service plans for the B757, P-3 Orion and C-130 upgrades.  He worked with the Ministry of Defence to obtain government approval for the A109 Light Utility Helicopter. Mike was NZDF Project Manager for the P-3 Orion Systems Upgrade, spending four years working on the project in both New Zealand and the United States.

In 2010 Mike was part of the team that designed and established the NZDF Capability Branch, and was Head of the Programme Management Office.

Mike began his career in 1981 as a Navigator on 5 Squadron, and later became Commanding Officer of 5 Squadron.

Mike has a Master of Strategic Studies from the Air University, Alabama and a Diploma in Military Studies from Massey University.  He has studied at the Royal College of Defence Studies and the Harvard Kennedy School of Government. Huntley joined the Ministry in 2001 as an Analyst in the International Branch. Since then, he has worked in a variety of policy and capability management roles, including as the Director Development Branch, Private Secretary to the Minister of Defence and on the Defence White Paper 2010. In 2013, Huntley had a leadership role on the Defence Mid-point Rebalancing Review which balanced the Government’s defence policy, the capabilities required to deliver that policy, and funding.

As Assistant Secretary Capability Delivery, Huntley oversees the practice management and standard setting functions of the Division, including risk management, contracting, commercial policy and specialist advice. He also has a number of project governance roles. Huntley is a member of the Ministry’s Senior Leadership Team.

Prior to joining the Ministry, Huntley was a lecturer in History and Politics at the University of the South Pacific in Fiji. 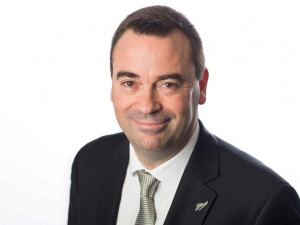 Michael Swain was appointed Deputy Secretary for Defence Policy and Planning in January 2020. Prior to joining the Ministry Mike was Chief of Protocol at the Ministry of Foreign Affairs and Trade.

Mike was a career diplomat for 25 years, with postings to Beijing, New Delhi, Shanghai as Consul-General and Madrid as Ambassador. In Wellington he has served as Deputy Director for International Security and Disarmament, and in the New Zealand intelligence community.

Mike was a Freyberg Scholar, and has a Master's degree in Strategic and Defence Studies from the Australian National University and an Honours degree in International Politics from Victoria University of Wellington. 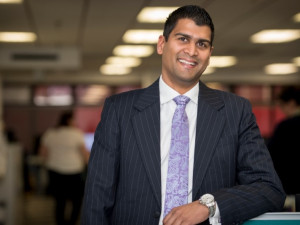 Pasanka Wickremasinghe was appointed Chief Financial Officer in August 2017. He is responsible for providing financial services and advice to the Ministry to ensure the prudent fiscal management and finance operations of the Ministry.

Previously Pasanka worked at Chorus Ltd as Manager, Capital Investment and Performance. As part of this role he was responsible for the financial planning, forecasting and management of Chorus' capital programme.

He has also worked in the United Kingdom, where he held a number of senior finance roles for NHS Lambeth, one of the largest healthcare service providers and commissioners of healthcare in the UK.

Prior to that, Pasanka was a member of the Audit New Zealand team, where he worked with a number of government agencies and provided specialist assurance services in the areas of governance, risk, contracts and project management.

Pasanka holds degrees from Victoria University and is a Chartered Accountant.

Read about Finance
Who we are