Home / What we do / Assessing the Defence system

How the independent review was done 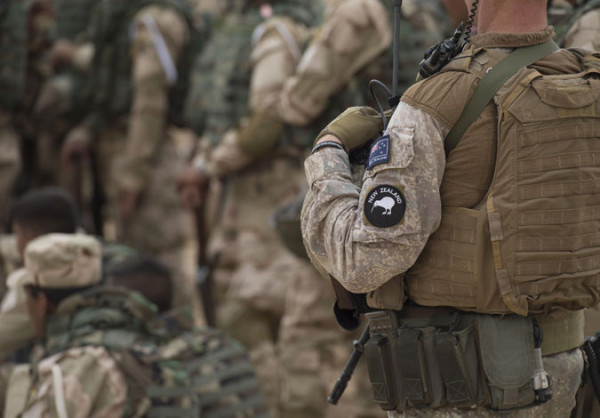 Based on their findings, the reviewers made 44 recommendations. The recommendations include: request that the Auditor-General carries out an audit every two years of NZDF’s progress; consider the steps towards establishing a Defence Ombudsman to receive and process complaints; and create an integrated data management system to collect data and report on complaints and outcomes of incidents.

Debbie has over 30 years’ experience across strategy, communications, HR and culture change within the public and private sectors.

In 2010 Debbie researched and wrote BNZ's diversity strategy, subsequently consulting to them for two years before taking a permanent part-time position to continue to drive the initiatives throughout the Bank. As Diversity Manager within the Bank, her work covered initiatives in the areas of customer and workforce. During this time BNZ was recognised with many awards for their Diversity and Inclusion Strategy. In 2013 BNZ was one of only five companies worldwide to receive recognition for the empowerment of women, by the UN Women and the United Nations Global Compact. It was recognised by APEC as one of the top 50 companies for women to work and in 2014 it won the inaugural Diversity award at the Deloitte Top200 awards.

Debbie has also worked with the Auckland Council, Carter Holt Harvey, New Zealand Customs, New Zealand Police, The Treasury and the National Council of Women; all within the area of culture change, and diversity and inclusion.

Debbie has sat on an advisory group to the Ministry for Women and is currently reviewing another one of the main Bank’s diversity and inclusion culture change programmes.

Debbie is comfortable working with people from all walks of life and roles, senior leaders and front-line workers and has strong stakeholder relationship management and people skills, taking a collaborative approach with her work.

Carol is an independent consultant and researcher. She has a diverse background in teaching, research, project management and service improvement across a range of sectors.

As a contractor, Carol has experience in working in competitive, client-centred environments.

Recently, Carol was part of the small team which completed the Independent Review of Fire and Emergency New Zealand’s workplace policies, procedures and practices to address bullying and harassment. For Fire and Emergency New Zealand, she also undertook an international research and practice review to inform the development and implementation of an inclusive culture strategy.

Carol has also worked with ACC, District Health Boards, EQC, Health Research Council, NZ NASCA, a number of universities and various ministries including Ministry of Health, Ministry of Education, and Ministry of Business, Innovation and Employment.